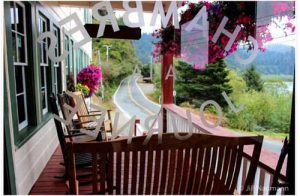 Locations are key in creating the mood for a film…

..and the Location Managers Guild International will recognize excellence in finding great locations at the 6th Annual LMGI awards in September 2019. LMGI is now accepting submissions for the Outstanding Locations in the categories of Film, Television, Commercials.  The eligible project’s first release or air date must have been between January 1, 2018 and May 31, 2019 . Submission period closes June 9, 2019. More info on submissions. 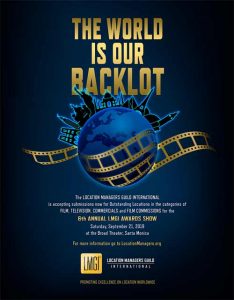 A location as the backdrop for a story can establish the look and feel of a film. At times it even becomes an integral element of the story.  So after a decade in existence, Location Managers Guild International (renamed from Location Managers Guild of America) held their first awards ceremony in 2013 honoring members who brought some of the most memorable shots to the screen.  This year makes it the 6th Annual LMGI awards.

How do location scouts know where to look?

During pre production, it’s the location scout’s role to help find interesting, spectacular and cinematic locations to bring the director’s vision to life.

Additionally, the location scout will help secure permission to access the location. It could be a vast desert for a television show like ‘Better Call Saul,’ or jam packed city streets of New York. 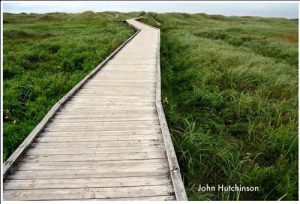 It often starts with the script, then the director starts up the storyboard process. The director and producers help guide the location scout so they can best represent his/her vision of the story.

According to Location Scout John Hutchinson, “the business has changed, budgets are challenged, and producers look for “locals” in every hood and hamlet.”

However, if you’re an indie filmmaker, you maybe the writer, the director, the producer and also be responsible for finding locations. As the writer,  your imagination can take you anywhere. But to bring your ideas into the world you can use a vast array of location images to further stimulate your creativity. Especially when storyboarding your way into ‘director’ mode. Script descriptions can go a long way, but finding representative location images and using them in your digital story boards gives you a jump on finding the eventual right spot.

While you may not be a member of the LMGI just yet, or have an entry to submit, there’s no reason you can’t excel in providing yourself with the perfect place for your project.

You can pre-scout amazing locations these days using LMGI’s site, various film commission sites,  Google earth or do it the easy way. Use the Ultimate StoryBoard Locations from PowerProduction. It’s quick to get going by using the searchable database. INT.; EXT.; Day, Night 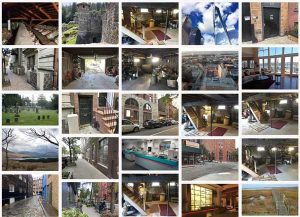 Check out PowerProduction’s massive stockpile of Ultimate Storyboard Locations. A group of storyboard-optimized locations, perfect for dragging and dropping right into your digital storyboards. Find that perfect backdrop which will bring the entire look and feel of a scene together. (Most shots are void of people and ready to add your own characters for any story.)