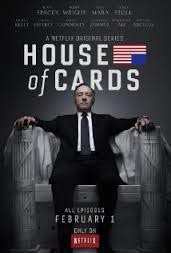 We may just be in the next Golden Era of original content. Which means that it’s a great time to be an original content creator (and don’t forget to storyboard ). Filmmakers of all mediums are getting new opportunities with the oncoming explosion of video streaming services looking to separate themselves from their competitors by offering programming that you just can’t get anywhere else.

Netflix’s recent political drama hit House Of Cards helped them achieve over 4 billion hours of streaming shows in the past three months. With a soaring stock price and two new original series coming (the resurrected Arrested Development, and the new horror series Hemlock Grove from executive producer Eli Roth) it looks like this model is going to be successful. Everyone is jumping in – Hulu, YouTube and Redbox are each developing new original series giving more chances to filmmakers of every stature. Even Spotify is looking to get into the digital video market with an eye on original content.

It’s not just US-based companies expanding either. With a worldwide audience available, everyone is getting into the original content game. This is putting added pressure on cable networks to continue to develop and grow. This means they are looking everywhere to find inspiration. Take for instance the upcoming series Broad City. Comedians Abbi Jacobson and Ilana Glazer started this as a web series well before Comedy Central came along to order 10 episodes.

Again, it’s a great time to be a filmmaker, video producer and pocket cinematographer. Just make sure you’re always prepared and have that storyboard blueprint to take you to the next level.