Lessons Indie Directors Can Learn from the Friends’ Bottle Episode 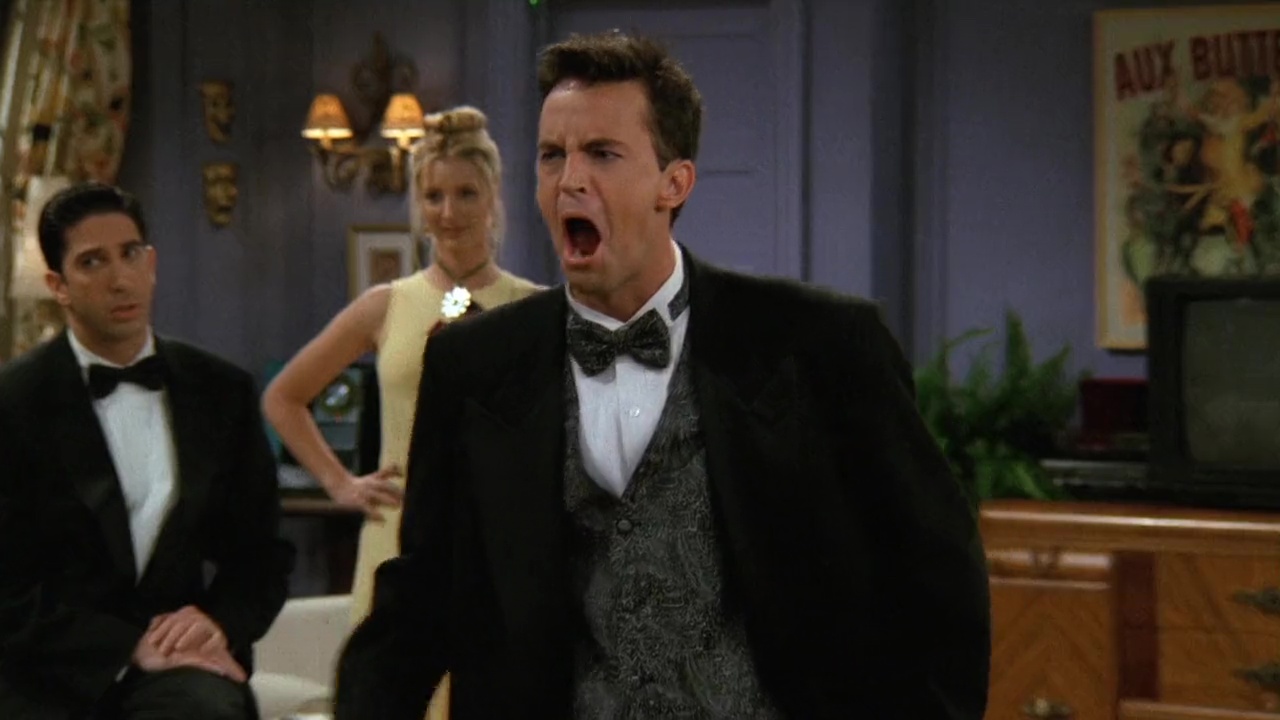 Indie filmmakers face a multitude of challenges just to get a project off the ground. And while these hindrances are often debilitating, we all know that sometimes all that you can do is buckle down and work with what you’ve got.

Now, being at a disadvantage doesn’t mean you can’t flip a challenge on its head and make it work for you. One way you can do this is by embracing the limitations that you have to work with. Sometimes limitations can even make you more creative, as it forces you to tackle challenges from a place that you would have never explored if certain restrictions weren’t present. And in the world of production, a useful trick directors and writing teams often use is the bottle episode.

What is a Bottle Episode?

But first — what is a bottle episode? Well, a bottle episode is when a particular episode of a television series is set in one location with minimal cast members and no overtly extravagant effects. Popular examples of this would be Seinfeld’s “The Chinese Restaurant” episode and Breaking Bad’s “The Fly”. These types of episodes were created due to budget limitations forcing showrunners to maximize their resources by shooting in one location with a sparse cast. And when done well, bottle episodes have the power to boost the impact of action-packed episodes and enrich characters and storylines with very little expense. As an indie filmmaker, this should be nothing new to you, as we can’t all have the budget of the next Marvel superhero team-up.

But what are the things that you should be picking up on from bottle episodes? Well, to explore this more, let’s take a look at one of the best examples of a bottle episode: Friends’ “The One Where No One’s Ready.”

“The One Where No One’s Ready”

We all know that Friends is a cultural institution and a landmark television show that changed the sitcom genre. Its impact on popular culture is unprecedented — so much so that Warner Bros even held a pop-up just last year, when they opened up a real-life version of Central Perk in New York City. In fact, its cultural impact is so big that even now it is off the small screen it has still found its way onto other screens, with the award-winning show finding a second life in the online gaming scene. Foxy Bingo’s selection of Friends titles uses the iconic logo front and center against the New York skyline, and has helped fans connect with the show while it has been off the air. The show has also managed to inspire an off-Broadway musical parody, which TheaterMania describes as something that’ll scratch the nostalgia itch of fans everywhere. If imitation is the highest form of flattery, then what more if someone made a full-blown musical out of your show?

However, what many people don’t know is that the show features one of the most successful bottle episodes of all time, with the producers even requiring the writers to include one in each season of the show after the first one’s success. So what can you learn from this episode?

Tip 1 – Use Constraints to Your Advantage

This episode is set in the titular Friends’ apartment. So what advantages does shooting in one location have? To answer this question we have to discuss the other constrain present in the episode: time. Not only is the episode shot in one location, but it is also under a time constraint. At the start of the episode, it is made clear that everyone in the apartment has to get ready in 22 minutes. This adds a layer of tension to the story, one that continually moves the plot forward as time is ticking.

Most of the events that occur in this episode are ones that are minimalistic, but affect the story in an evident way. Somehow the episode manages to sustain an episode’s worth of conflict with a simple hummus stain. Take this as a lesson on basic storytelling: You don’t always have to focus on big events to act as plot points. Often, subtlety works just as well (if not better) than big ostentatious events.

Lastly, if there’s one thing you take away from this episode, let it be the way the writers maximized their characters. Due to constraints, the audience is allowed to zoom in on each character. This highlights both their good qualities and their flaws. Use the constraints to flesh out your characters, thus allowing audiences to form stronger and deeper connections with them.

If you liked this article and want to know more about indie filmmaking, check out our posts on how to get your project off the ground.