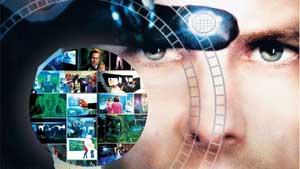 Tech innovations in filmmaking and gaming technology advances have been widespread both in the world of movies and gaming. From black and white to 3D, these two giant industries have come a long way. In 2013, the total domestic box office gross is approximately $12.9 Billion:Statistics Brain from the US Bureau of Labor Statistics.

The growing revenues of the movie industry can be attributed not only to the moviegoers but also to the technological advances throughout the years. As a medium for art, filmmaking has always been about innovation. In 1895, Louis Lumiere gave us the very first motion picture camera. Louis, together with his brother Auguste, became known as the Lumiere brothers, the earliest filmmakers in history. From the bulky camera systems to the camera that could move around, here are the top five innovations in filmmaking:

Steadicam
To make a hand-held shot appear smooth and fluid, camera innovator Garrett Brown invented the Steadicam in 1976. The system utilized weight distribution and a rotating gimbal to perfect hand-held shots. Because of the steady shot, a cameraman was able to shoot Rocky Balboa up the steps of the Philadelphia Museum of Art.

Dolly
Before 1907, filmmaking means the camera was stuck in one place until Segundo de Chomon invented the camera on wheels also known as dolly.

CGI
Unlike the first two innovations CGI or computer generated imaging was not born on a film set but was conceptualized in university research labs with an objective to make pictures from computer data. The first movie to make extensive use of CGI was Tron in 1982. After that, James Cameron, Steven Spielberg and the Pixar Studio followed suit and revolutionized CGI in movies such as The Terminator, Jurassic Park, and Toy Story.

Digital Cameras
Despite being introduced in the late 1980s by Sony, the digital camera technology was not used in the movies until the early 2000s. Although the digital cameras are more efficient, some moviemakers were afraid that the movie would not look as good as film. Until pioneering director George Lucas took a chance and shot Star wars Episode II: Attack of the Clones using a digital camera in 2002.

3D
Stereoscopic imaging or 3D has been around since 1838 but it wasn’t until 1970s that it took full effect on movies. Movies like Jaws 3D had to make use of cardboard glasses to be viewed. One of the breakthroughs of this screening technology is the use of polarizing filters. 3D has also made its way into the online gaming industry. In 2012, a famous gaming company has showcased 3D gaming technology for casinos. IGT, developer for online game Bubble Bonus Bingo has launched its new 3D Multi-Layer Display (MLD) at the Australasian Gaming Expo in Sydney. In order to create a pseudo 3D effect, the 3D MLD screens use two separate LCD panels. These panels are located in front of each other and different game elements move between the front and back screens which is intended to increase game play options and engagement.

Even with all of the innovations, people still go to the movies for entertainment and to experience a good story. As movies become more complex, it’s now even more important to plan all the aspects of your products. And that’s why we continue to innovate our software for pre-production. Check out our wide range of products for all types of media production planning.