A New Meaning to Phoning it in

From the vaults of what’s new

From the vaults of “what’s new, what’s next, what’s what?”…comes this video from Berlin we tripped across. It shows the use of some new software for filmmakers to make a project interactive!

Personally, I’m from the school of:  “it’s hard to beat great content, compelling story and slick presentation” but every now and then new technology entices me to the dark side.

Thought I’d share. The mind boggles at the possibilities – both good and bad. Would like  to hear what you think.

The action: Last Call is the first interactive horror movie in the world where the audience is able to communicate with the protagonist. A film controlled by a member of the audience, thus blurring the boundaries between game and film. 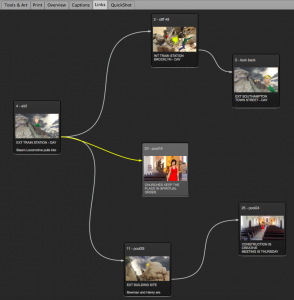