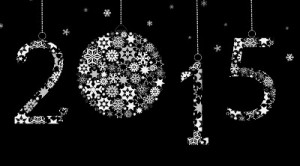 With the New Year right around the corner, it’s time once again to take a look back at what you’ve done this past year and take a look forward to how you can improve your filmmaking efforts and overall creativity.

Filmmaker Scott Macaulay penned a pair of New Year’s Resolutions lists (which you can check out here and here) for filmmakers for Filmmaker Magazine and in them he focuses on being bold, being creative and expanding your proficiency of different mediums.

Here are a couple of our favorites that we think, as an independent filmmaker, you should keep in mind when you wake up refreshed and ready to roll on January 1st.

Amplify Your Voice.  Be more inclusive and reach out more.

You have a voice… Spread it wider and connect it to more people. If you are working within your own little crew, spread out. If you’ve gotten into a pattern of relying on the same agents or producers or colleagues, enlarge the perimeter of that circle. If face-to-face is your preferred medium, get out more. Do you email or text too much? Call people more. If you’re an online presence, define the ways you’ll be able to reach more people and do them.

Make More.  Not money, but media.

I’m talking about work, not money. How much did you make last year? One film? Make two. Six shorts? Make seven. Don’t worry about format. If you made one feature last year and it looks like it will be two years of development before the next, make two shorts instead. Commit to just shipping.

Both beginning filmmakers and veterans could do well in this economy to enlarge their skill sets. If you run a blog, learn SEO. Learn more about mobile platforms. If all of your scripts are features, read some television scripts and learn how they differ in form. Learn to edit. Learn to shoot with a DSLR. Learn to podcast. Learn something new.

Build your own distribution.  You’ve build something great, let people see it!

“It’s not self-distribution, it’s distribution,” a filmmaker who I won’t name now but who is featured in the new issue of our magazine said to me. He may be right. 2013 may be the year where self-distribution loses the “self,” meaning that the fact that the filmmaker is spearheading his or her own campaign will no longer be something out-of-the-ordinary and deserving of comment.”

While these articles were written in the not-too-distant past the bulk of the suggestions still hold plenty of weight as we head into 2015.  So, do yourself a favor: check them out and make a plan.

The New Year is right around the corner and that’s a fantastic time to rededicate yourself to the art of filmmaking.  Looking to get that jumpstart?  Better movies are made with storyboards!  Check out the easy-to-use power of StoryBoard Quick and StoryBoard Artist to help you get ahead in 2015.