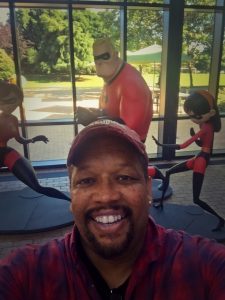 This summer, one of our premiere educators, Avery O Williams was invited to Pixar for some storytelling training. Avery has used StoryBoard Quick in his classroom for years and was delighted to be invited, but… we’ll let him tell you the rest…
“Pixar Animation Studios pulled together eighteen educators from around the country to introduce them to the Pixar process of storytelling which is, in part, based upon their Pixar in a Box series. The idea is that the educators would return to their prospective schools and spread the gospel of Pixar in the hopes that a new generation of storytellers for animation would emerge and add to the Pixar creative pool. Part of our homework prior to arriving in Emeryville was to generate a story told in storyboards of a personal experience. (Pixar says that the basis of their stories start with a personal experience.)

And since I couldn’t draw like the other participants…

Just about all of my colleagues came from art schools or fields in which drawing is a basic skillset. Not for me, or mine. So, I dove into StoryBoard Quick and generated my story that way.

We had to pitch our stories twice (the second time was after a rewrite) and later go into a room and have them analyzed for visual content by one of the senior Pixar Story Artists. 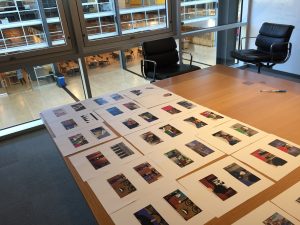 This is where you see the layout of my work. To be honest, I did get a little push back. The homework called for 20 panels. I did 42. (Slightly less on the rewrite). And the panels I generated were a bit too “finished” compared to the others. If I had StoryBoard Artist at the time I could have printed out them out in the sketch mode. But alas, I did not.

Overall, I think my work was well received. Our Pixar hosts learned more about who I was thanks in large part to the clarity and number of my storyboards–and from my accompanying pitch. I am an educator and filmmaker who does not sketch or draw (well) by hand but who effectively utilizes the tools in his tool box. I raised the discussion about potentially excluding schools or students who may be great storytellers yet are alienated from the circle of animation simply because they do not draw. I used the analogy of the handicapped person in a wheelchair shut out from entering a building. “Pixar and other animation studios should consider creating alternate ramps into their worlds–otherwise you might miss out a whole bevy of potential geniuses.” I think they got that. They’re incredibly smart and creative folks.

Anyway, I learned a lot while I was there and it was a great experience. Thanks to PowerProduction’s StoryBoard Quick, I wasn’t left out in the cold. I was able to participate using my method and manner, and thus felt empowered.”

Thanks Avery for sharing your behind the scenes experience at one of the greatest storytelling giants in the industry today.