Versatility is a Key Component In Preproduction

Media professionals often work on several projects at the same time. This calls for creative versatility especially during preproduction.

Directors, producers and writers find themselves developing projects from feature films to web series, commercials to TV series, often times at the same time. This is just one of the reasons why preproduction versatility is key. 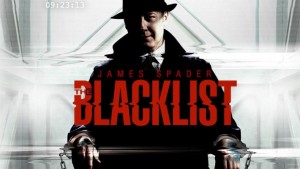 The tools and features included in StoryBoard Artist storyboard software allows multi-talented creatives like Carnahan to bounce back and forth between storyboard styles with the ability to quickly change aspect ratios and also storyboard and preview multiple projects at the same time.

Need rough shooting boards for a hectic TV production? Or need detailed storyboards for a feature or a 30-60 second animatic to pitch your commercial? How about preproduction versatility? StoryBoard Artist could be the answer to your dilema. It’s the flexible storyboard software application and an all-in-one solution. It serves as a fast and furious storyboard machine, using built-in artwork, as well as a motion picture blueprint maker. The customized page layouts and animatic controls helps creatives of every level, in every field.