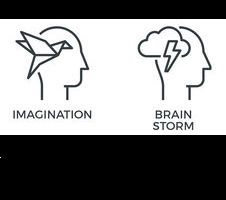 Some people ask… What’s the difference between pre-visualization (pre-viz) and post-visualization (post-viz)?  How do filmmakers plan ahead?  What tools can help streamline the process?

Production of any project can be a fluid process. Film and video production shot planning is done prior to principal photography. Most often, the director and cinematographer are involved in the pre-viz process. However things happen! Changes can occur during shooting when any number of obstacles arise: change of director, weather interference, actor replacement, location issues and budget constraints. So be prepared for your production’s moving parts.

Pre-viz or Previsualization is the visualizing of complex scenes in a movie before filming. The term ‘previsualization’ describes techniques such as storyboarding in the planning and conceptualization of movie scenes. Directors and cinematographers rely on storyboards in combination with the script to plan their shots and camera angles before stepping foot on the set. It can be accomplished by sketching with charcoal on paper or using digital software. The goal is to resolve both creative and production issues before filming begins.

Post-viz happens during post production when viewing rough cuts. Or when a director or editor needs to experiment with replacing shots to clarify story moments or alter the pacing of the project. 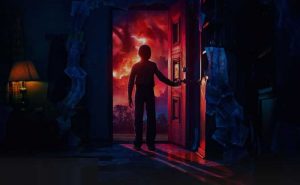 What to do in ‘the upside down’

Inevitably there comes a time when something gets lost in the “upside down.” [Like in Netflix Stranger Things]  So when the edit calls for a shot you don’t have:

The Answer: Editors use a Slug  – a GapClip –  a Placeholder clip

Which ever way you call it, this is the process of filling some ‘time’ in your rough cut.

Help to bridge the process 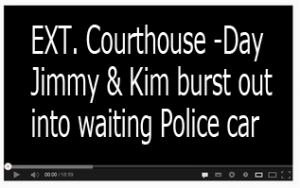 The blank black screen or film leader  or “white-text-on-black” have been the traditional process for accounting or ‘laying in’ for missing shots.

Click to learn how to add text over black in final cut pro.

Visuals are processed in the brain at 60,000 times the speed of text.

When words appear, the viewer must go through a mental process to turn the words into mental pictures in order to grasp the ideas behind the missing shot.

Martini QuickShot puts those wordy ideas in a ‘storyboarded shot’ and creates them with a click. The QuickShot cuts into the rough cut and preserves the visual flow.  Post-viz process can now be more visual. See the video

Both Pre and Post Visualization Gets Everyone on the Same Page …immediately!

Planning saves a ton of time, energy and money during shooting too! And StoryBoard Quick and StoryBoard Artist software apps can save headaches.

Director, Roger Christiansen shared an anecdote from an occasion when he was on the set of a Disney shoot and needed to convey his vision for a complicated last minute sequence change:

“I opened my laptop, fired up StoryBoard Quick and in a few seconds the crew and I were all on the same page for the series of shots.”

(You can see a comparison of their features here.)